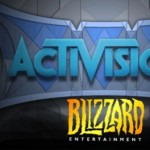 Call of Duty: Advanced Warfare is the Biggest Entertainment Launch of the Year